Don't you love sipping tea while it rains? It is hard to find someone who does not love tea. Teas have always been acknowledged as one of the favorite beverages of everyone, especially business professionals, as it helps them feel fresh and energetic. If I would ask you ‘Have you tried white tea?’, you would certainly ask me ‘Does white tea have caffeine?’

Caffeine has always been the prime component of tea. However, did you know that caffeine can reduce your immunity? Are you upset thinking that you will have to cut down your tea consumption? Don’t worry! There are various types of teas available in the market with different caffeine levels and health benefits, so you won't have to compromise your health or taste buds.

Don't worry about it; the solution is here, and that is white tea. Many of you might be having questions like, "What is white tea?"; "Does white tea have caffeine?" and much more. So let's get to know more about white tea.

What is white tea?

White tea is a minimally processed tea made from the opened buds, and the springtime tea leaves grown in the Fujian state in China. From mid-March to early April, the leaves of the white tea are traditionally harvested. When we brew white tea leaves, they change their color to light gold and release floral fragrances. The floral aroma may differ as per the type of white tea.

White tea leaves are dried under the sun immediately after harvesting and then rolled up slightly. Sometimes heat vents or drying chambers are also used for withering the white tea leaves. It helps to prevent oxidation, gives the tea its light flavor and color, and preserves the antioxidants. The taste of white tea depends on the region where it is grown, it's harvesting season, and how it is preserved and dried after harvesting.

What are the different types of white tea?

There are various types of white tea available in the market, and each has different tastes and characteristics.

Does white tea have caffeine?

Initially, white tea was grown only in the Fujian province of China, but is now harvested in Darjeeling in India and also in other regions of the world where tea plants are grown. The caffeine levels in the white tea may differ as per the area where it's grown, and the white tea plants grown outside of China seem to have more caffeine in them.

How is white tea made?

White tea is made from the closed buds of the Camellia Sinensis tea plant. These plants grow at high altitudes of mostly 5000-6000 feet above sea level. The cold air that surrounds the plants increases the aromatic compounds of the plants. To extract the flavor from the white tea leaves, very little processing is done. There are three steps for producing white tea. So, let's have a look.

How should you drink white tea?

White tea has to be brewed at a low temperature to maintain its quality and sweet aroma. To boil the tea leaves, take clean and pure distilled water that is not boiled yet. Ideally, the water boils quickly, so keep a watch on it and make sure that it doesn't become too hot. Mostly, white teas need a maximum of five minutes to bring the floral aroma to the drink. Some of the white teas of different varieties may become bitter-tasting if boiled or brewed for an extended period, or even if the water is too hot.

What are the impressive health benefits of white tea?

There are various scientifically-proven health benefits of drinking white tea over black or green tea. Read further to know how it is beneficial to us.

1. Is rich in antioxidants

White tea contains catechins, a type of polyphenols that are plant-based molecules that act as antioxidants inside the body. These antioxidants prevent the radicals from causing harm to the cells.

White tea can be attributed as one of the best teas that can fight these radicals and has similar health benefits to green tea. The white tea powder prevents the inflammation in the skin cells caused by the radicals.

2. Reduces the risk of heart disease

Heart disease is one of the common medical conditions faced by most people these days. White tea contains antioxidants known as flavonoids, which prevent the growth of cancer cells and stop the development of new cells.

White tea has some similar properties to green tea, which can be beneficial for losing body fat. As very few people know about white tea, they prefer green tea over it. White tea stimulates the breaking down of fat present in the body and also prevents it from forming again. It also helps you to boost the metabolism of your body by 4-5%.

4. Protects the teeth from bacteria

White tea contains a combination of molecules like fluoride, tannins, and catechins, which help strengthen teeth, protect them from cavities and make the surface of the teeth resistant to the acid attack by the bacteria.

In internal aging, certain enzymes or radicals of the body may damage the fiber network of the skin, which helps the skin remain firm and tight. Whereas in external aging, the skin is damaged due to environmental factors like the sun's harmful UV rays.

Some interesting facts about white tea

Here are some of the interesting facts about white tea that very few of you might know.

How white tea is sold and stored?

White tea is sold as full leaves, in the form of teabags, and occasionally in the form of bottled iced tea. High-quality white tea is also available in the form of whole leaves. It is stored in an airtight container, in a cool, dry place and away from the direct sunlight. You can store white tea for six months to one year; even after a year, the white tea won't decay, but it may lose some of its flavor and taste.

Does white tea have more caffeine than green tea?

White tea is considered to have a low amount of caffeine, but this isn't true in every case. Sometimes the caffeine content of white tea can be higher than green tea or black tea. Even though all types of teas are made from Camellia sinensis, the caffeine content varies based on the different factors.

It is a bit difficult to estimate which tea has a high level of caffeine. But you can guess which tea has high caffeine based on its leaves because the teas that have small tea leaves have higher amounts of caffeine than the big mature leaves. Also, the season in which the tea leaves are harvested determines the amount of caffeine it has. A study has shown that white peony tea and silver needle tea have more caffeine than Chinese green tea.

Warnings and precautions of white tea

Each type of tea contains caffeine. Everybody is aware that too much caffeine is not suitable for our health, so here are a few precautions that might help you if you love drinking white tea.

If you drink too much white tea, then you might experience dizziness and fast heart rates. To avoid these adverse effects, it's recommended not to drink more than two to three cups of white tea each day.

White tea contains some amount of fluoride in it, as it is absorbed from the soil. Fluoride is a mineral that is used for strengthening the teeth. Although it is not harmful if taken in small doses, over-consumption of fluoride might cause fluorosis, a bone disease similar to arthritis.

If you drink white tea made from high-quality leaves, then the chances of having fluorosis decreases, but it is not eliminated.

When any comparison is made in terms of fluoride, then white tea is the best choice as it contains less fluoride. The young buds and leaves contain less amount of caffeine in it, and the reason for this is the time of its harvesting. Black and green teas are harvested when the leaves grow older, whereas, for the white tea, the leaves or buds are harvested when the tea leaves are small and young.

1. Does white tea make you sleepy?

Yes, if you drink white tea in large quantities, then you might feel a bit sleepy within an hour of its consumption. White tea has little amount of caffeine, and if you have zero tolerance for caffeine, you may feel drowsy.

2. What is silver needle white tea good for?

Silver needle tea has a large number of antioxidants and therefore can fight anti-aging. Moreover, it helps to lower cholesterol and blood pressure, and it also helps to improve eyesight.

Researchers have found that white tea extract inactivates the viruses and slows down bacterial growth that causes strep infections, cavities in the teeth, and pneumonia.

4. Why is silver needle tea so expensive?

Silver needle tea is manufactured from the single tip of the tea stem, and when it dries, it looks like silver needles; therefore, it is very expensive compared to other tea.

5. How many times can you steep white tea?

White tea can be steeped 2-3 times, but the white tea changes its flavor every time you steep it. You will have to increase the water temperature and the steeping time every time you brew it.

White tea is one of the healthiest and beneficial teas in the world. Though it is rare and expensive, it has a good quality taste, and its floral aroma is mind-blowing. It has various health benefits, and also the antioxidant characteristic is beneficial for the skin.

I hope this article 'Does white tea have caffeine?' has given you clear insights into white tea, facts about white tea, its impressive benefits, and much more.

So which type of white tea would you like to try? If you are drinking white tea for the first time, share your experience with other readers in the comments section below. 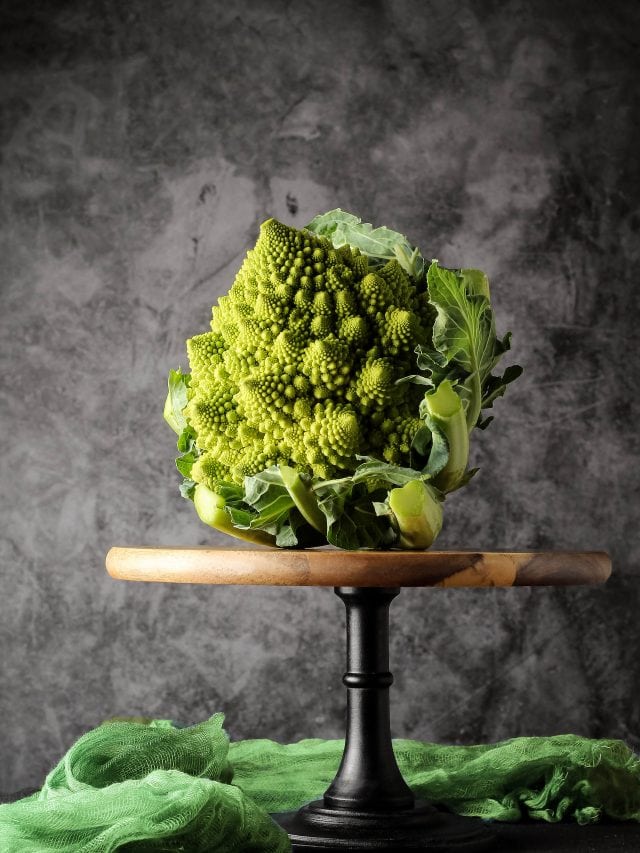 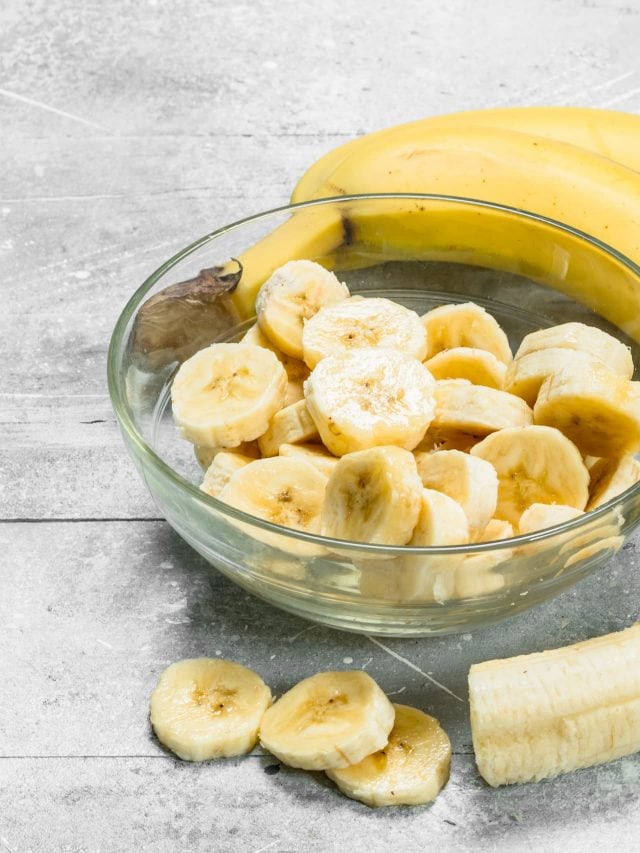 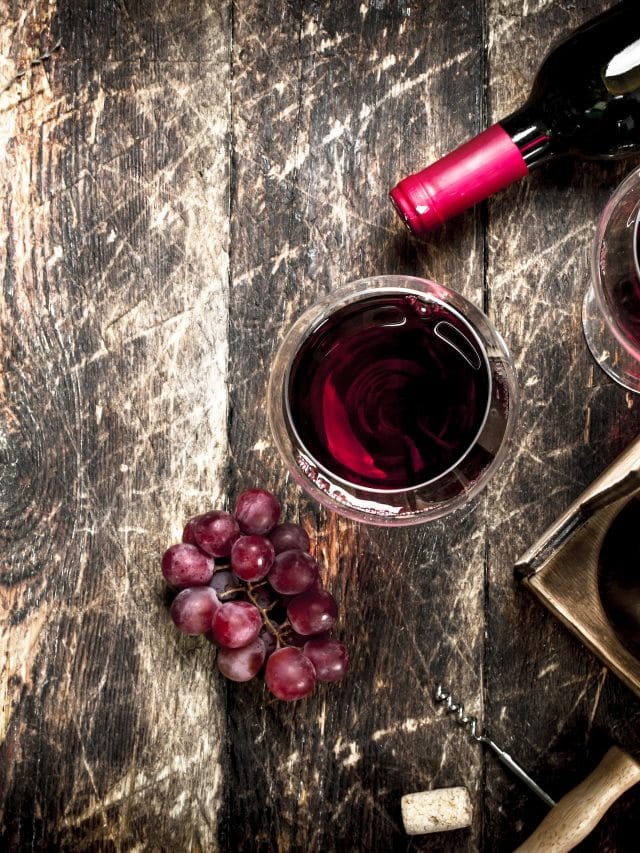 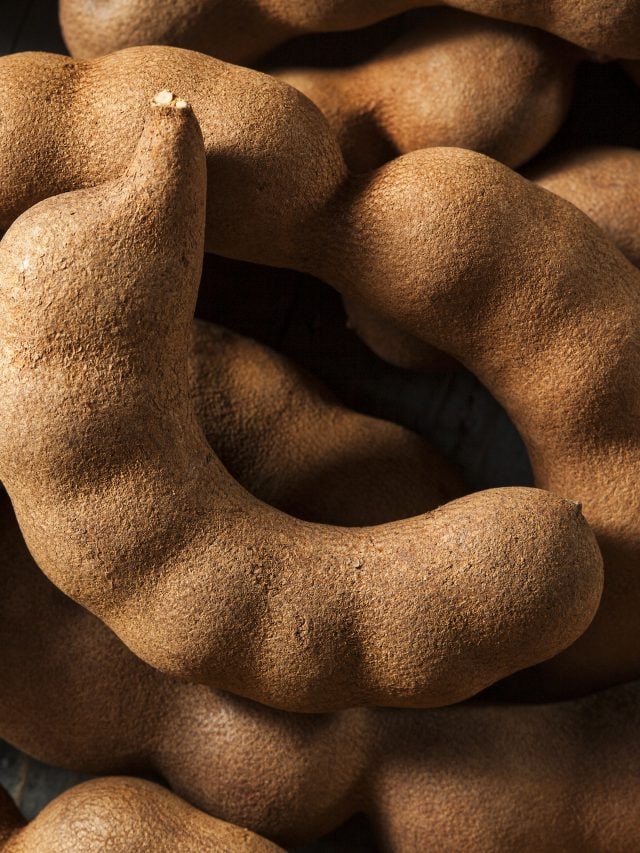 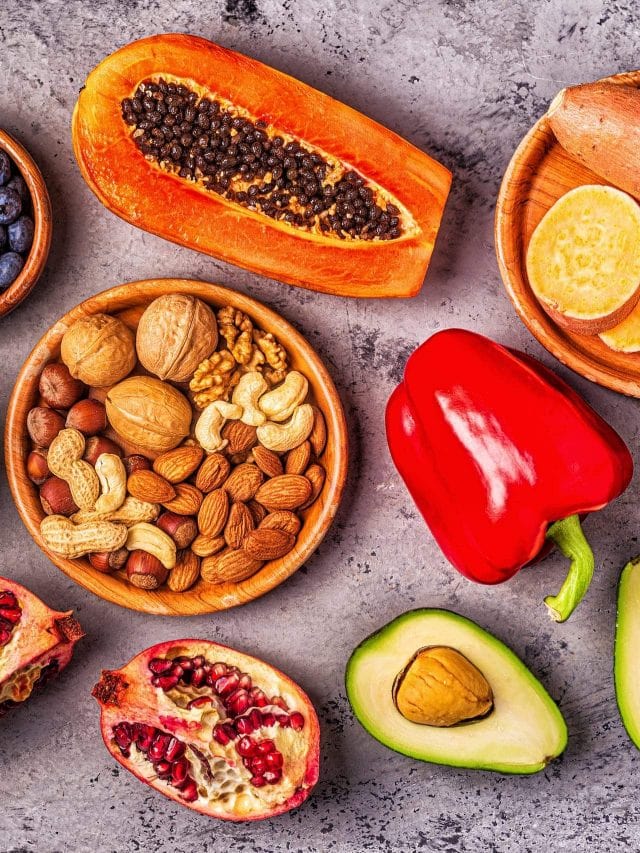 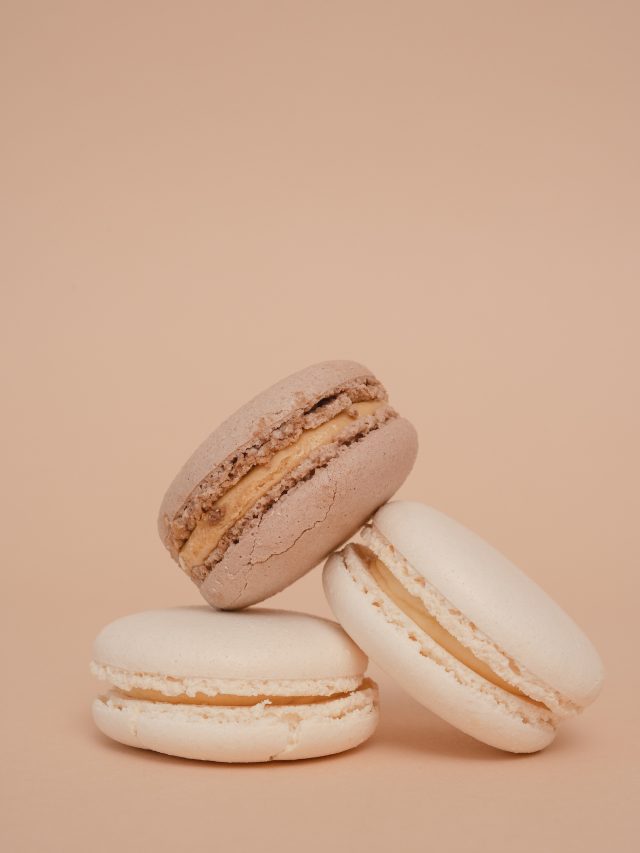 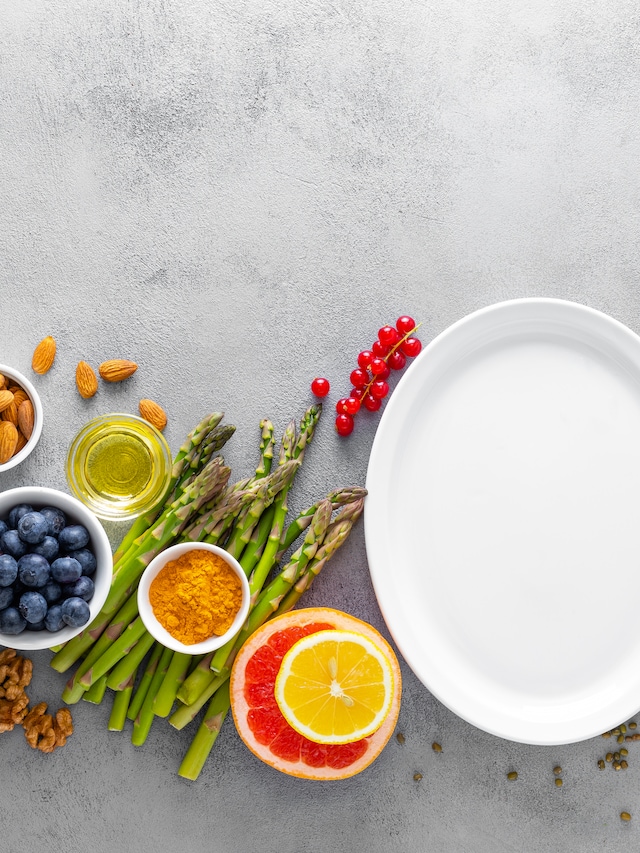 The 15 Most Common Foods High in Sulfur 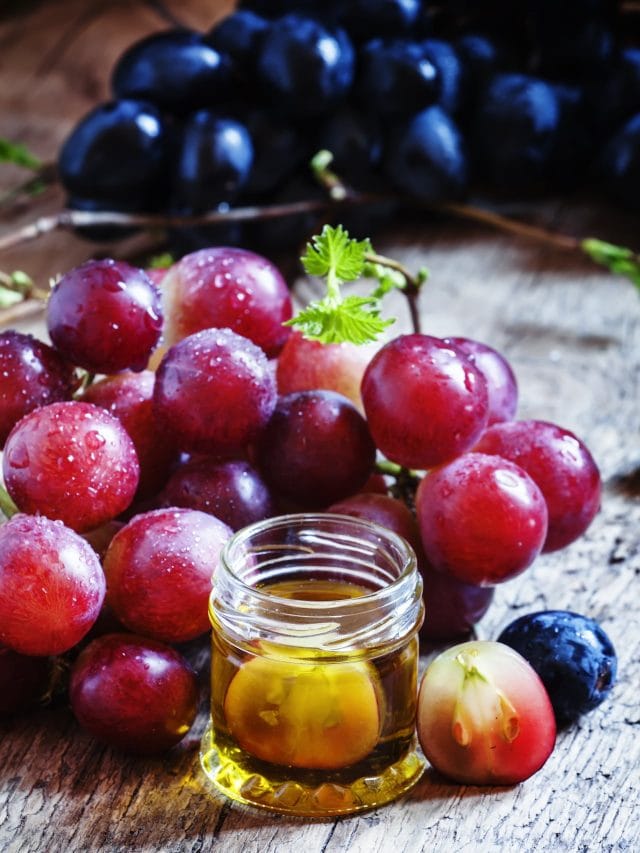 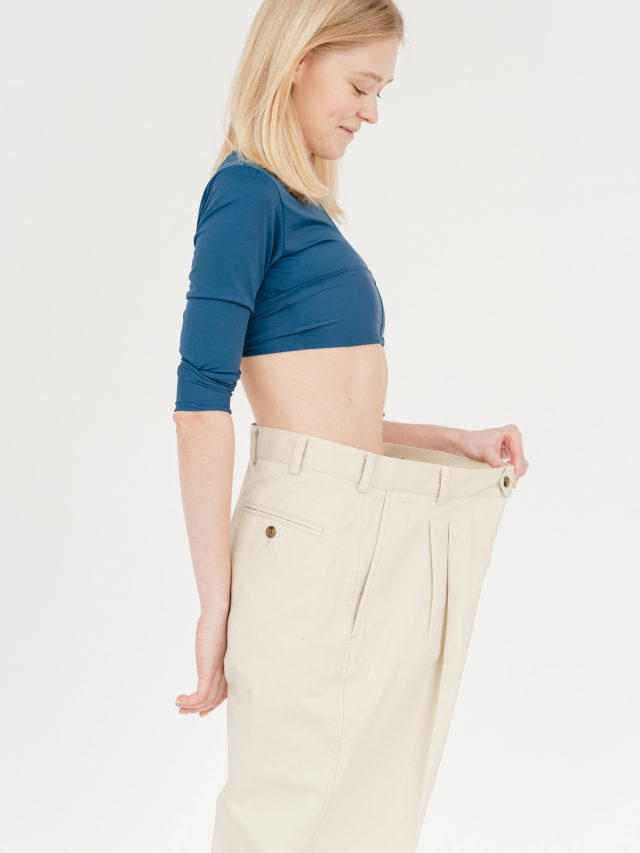 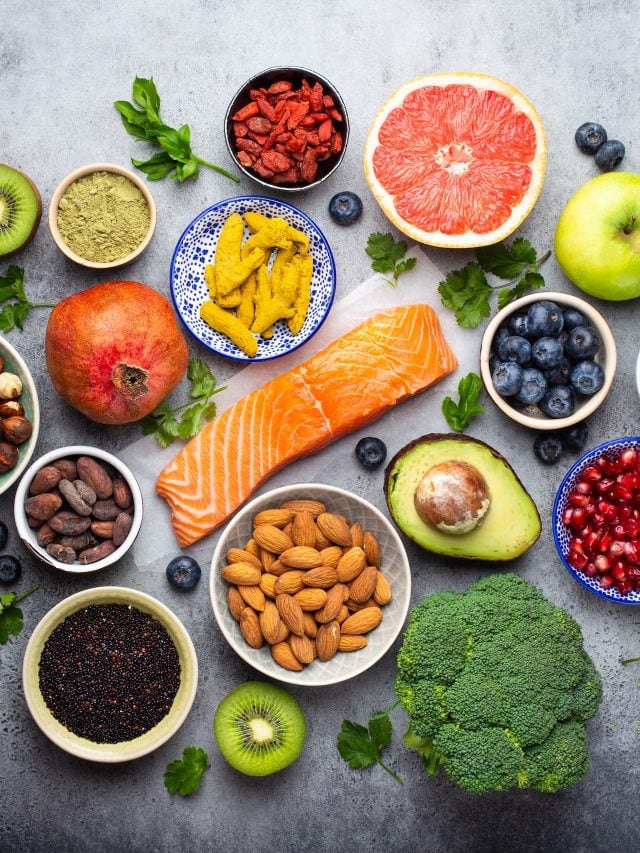 Stop or Reduce Varicose Veins With These Superfoods