Vegans have a very complicated eating guide. The ingredients they choose determine whether it forms a part of the vegan diet or not. One such ingredient that confuses them is the yeast. You can find a lot of controversial discussions to determine whether yeast is vegan? So is yeast vegan?

By determining whether yeast is vegan, life would become far more natural and simple to determine if we can eat some type of bread or drink different types of alcoholic drinks. In contrast, yeast is increasingly used as an ingredient in its own right by a modern chef to many of our best-loved favorite dishes.

This is an excellent question as the vegan lifestyle is extended to a realm of confusion, whether they can eat yeast. Even those who have been into eating meat-free food for a couple of years also dig and ponder around this question.

Yeast is a single-celled living fungus that naturally grows in nature as well as soil. Instead, yeast is everywhere –in the air and even in our bodies. Yeast belongs to the vast world of Fungi that resides in a Eukaryote domain. While yeast may look like a very tiny particle, it is a very complicated matter. As they come from the same class of fungi, yeast gets associated with other types of fungi that get used in the food industry like mushrooms.

Yeast thrives on moisture, warmth, and even food. It feeds on sugar and starch and can convert into carbon dioxide and even alcohol through the process of fermentation. This by-product carbon dioxide makes yeast to be used or baked goods to rise and also used in alcoholic beverages for fermentation.

Yeast is a spherical unicellular microscopic organism with a cell shape like egg and has size ranges between 6 and 8 thousand of a millimeter, which is not larger than a pinhead. The yeast cell is made up of 16 chromosomes, and that gets surrounded by a cell wall with an outer layer of mannoprotein and comes with a cytoplasmic membrane that comprises high protein. So the fact that even though it is small, it is very complicated.

Yeast takes in sugar for their energy, like how plants use sunlight for their photosynthesis. Yeast is also found in fruit and vegetables, and we call them wild yeast, and there is no way to avoid these natural yeasts.

What is the yeast used for?

Yeast, the most common one being S.cerevisiae, is widely used in baking as a leavening agent. Yeast has a wide range of applications from the food industry and in biomass production. There are many strands of yeast that exist around us, while some are harmful to human beings, and others have benefits.

Yeast can help ferment foods like bread, beer, and wine. Yeast gets used to brewing beer, which helps to ferment the mixture and make it alcoholic. Yeast can also be used in making chocolate when cocoa needs to be fermented.

Yeast also becomes handy while dealing with hair loss or if you want some extra shine by applying the yeast-based treatment by using it directly to your hair. There are many other benefits of yeast like skincare treatment; it adds protein to your diet and also works as an excellent skin moisturizer.

Yeast is naturally rich in Vitamin B and other additional vitamins and minerals. It helps to enhance the nutritional content of the foods that we intake and is also used as a medium for research and production of drugs for treating many medical conditions.

What are the Different Types of Yeast?

Yeast comes in different varieties, but only a few are used to add flavor or increase the food's nutrient contents. There are three different types of yeast that you can take advantage of while cooking:

Level 5 vegan is the most extreme form of veganism, and some wonder whether these millions of yeast cells are equal to the lives of cows, fish, or even bees. However, if you still wondering if yeast is vegan or whether to stop ethically consuming products that are made from yeast, then the answer would be a NO. Yeast is less complex than plants and maybe a bit more complicated than the small bacteria.

Nutrition comes from plants or bacteria, which all are individual living organisms. But if you try to avoid all these, then you won't be able to eat anything. Yeast also has nutritional benefits that help maintain metabolism and a source of proteins, Vitamin B, and minerals.

Yeast is quite a mysterious and magical seeming substance and has become a vital ingredient in most of the foods in our daily diet. You can't generally taste it or preferably see it. The yeast's transformative property is to turn carbohydrates into carbon dioxide that the bakers use that creates bubbles and helps the dough to rise and expand.

If you are interested in baking with yeast, then to avoid the fructose of corn syrup and the preservatives, you will see the power of just a pinch of yeast.

Yeast has become one of the most critical ingredients in almost all leavened bread. The bread made with yeast includes rolls, all kinds of loaves, buns, and ciabatta and baguettes. Other types of breads that contain yeast are soft pretzels, English muffins, bagels, breadsticks, biscuits, and even pizza.

Yeast is also used in flatbreads like Indian naan, Ethiopian injera, and even Italian focaccia. This group of food includes anything that is made with bread like bread crumbs, bread pudding, and stuffings. When you are baking the bread, you use different types of yeast like fresh, fast-acting, or active dry yeast. The sourdough bread uses wild yeast that gives it a distinctive flavor that the bakers harness in the form of a starter.

Many other forms of baked goods that are made out of dough also use the key ingredient yeast. Most of the enriched bread, such as cinnamon raisin bread, brioche, and also sweet bread items like cinnamon rolls, croissants, hot cross bun, and even sweet rolls, have yeast in it. Your own favorite donuts and beignets that are fried rather than baked are also made of yeast. Some of the other favorite sweet treats like muffins, waffles, and even pancakes feature yeast.

Yeast extracts come in two different forms used as a flavoring agent in crackers and other savory snacks. This type of yeast is also sold as Marmite or Vegemite that are usually thick and flavorful spreads on many toasts. These are used in some of the sandwiches in the UK, New Zealand, and Australia. As this yeast has a salty flavor with an umami punch, it is used in small amounts and is also a good source of Vitamin B.

There is a long list of food items that again has yeast in it like mushrooms, tofu, stock cubes, gravy powder, and also some cereal products. Berries, dried fruits, and even grapes have a small amount of wild yeast on their skin. Another item on the list is vinegar and other food made with pickles, ketchup, and many other condiments. To add on to the list is the buttermilk, soy sauce, and some cheeses.

So if you look at the list of items, most of the food that we eat daily has yeast in it and hence cannot be avoided. So the question again comes, 'Is Yeast Vegan'?

Now, we get the answer to the biggest and most confusing question - Is yeast vegan? It has been one of the most exciting and most discussed questions that most vegans ask each other as some consider it a living organism. As yeast is not an animal and does not have a nervous system, it means that they do not experience any pain and do not suffer like animal cruelty, hence, considered typical vegan food.

Certain types of yeast like nutritional or torula yeast are in particular addition to a vegan diet as they help to add a meaty, cheesy, and umami flavor to the meal.

Keeping this in mind, we can generalize and say that vegans can eat yeast. Even though they eat yeast, there needs to be a question as to how they can incorporate the yeast in their diet and meal plan. To take advantage of the nutritional value, you can try to include the yeast in sauces and dips and add a pinch to marinades. Another way to enhance your dish is by providing it with a burst of nutty and cheesy flavor.

One of the most controversial questions among the vegans and non-vegans is can Vegans eat yeast or Is yeast Vegan. Just to make it even more reliable that vegans can eat yeast, it should be understood that the vegan lifestyle is highly sophisticated. It is an important aspect for them not to harm any living organism while harvesting their food.

As you might have understood with its nutritional benefits and its existence as a living organism with no nervous system, there is no suffering or pain that this ingredient undergoes. Hence it is entirely safe and ideal for a perfect vegan dish, and with no fear, you can enjoy and relish your tasty bites without any doubt.

Previous Post: « 12 Tarragon Substitutes That Work as Well as the Herb Itself
Next Post: 25 Foods That Starts With X - 2020 » 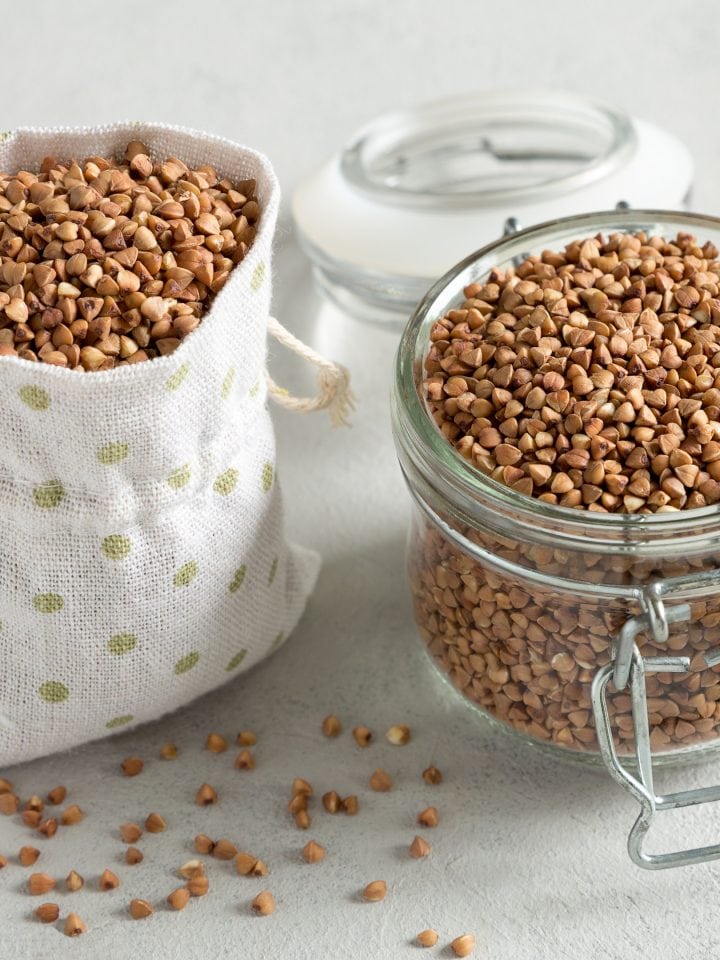 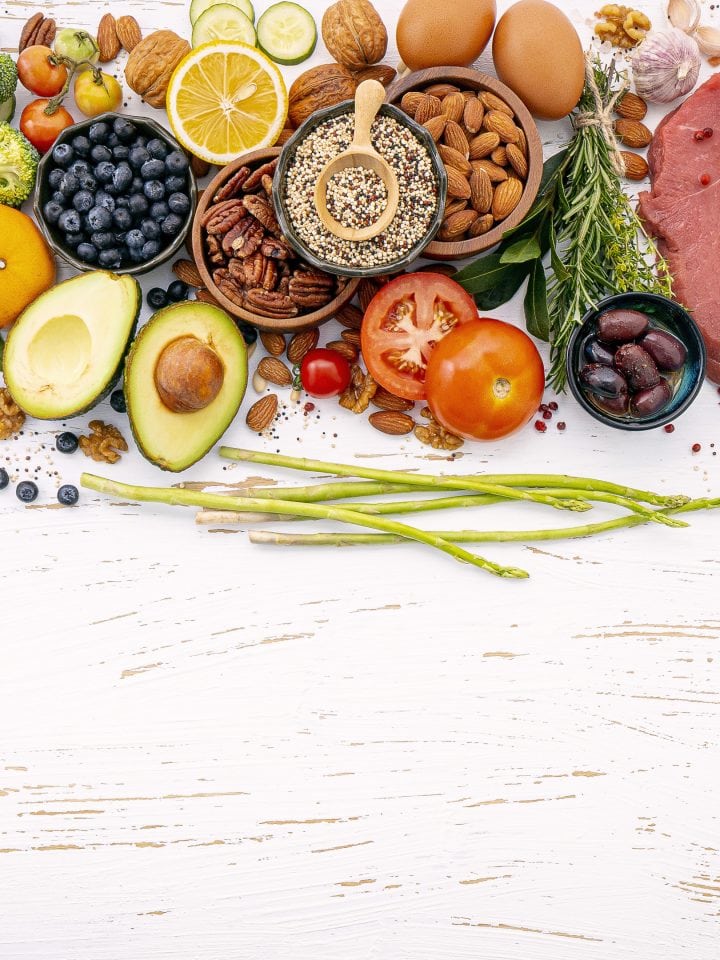 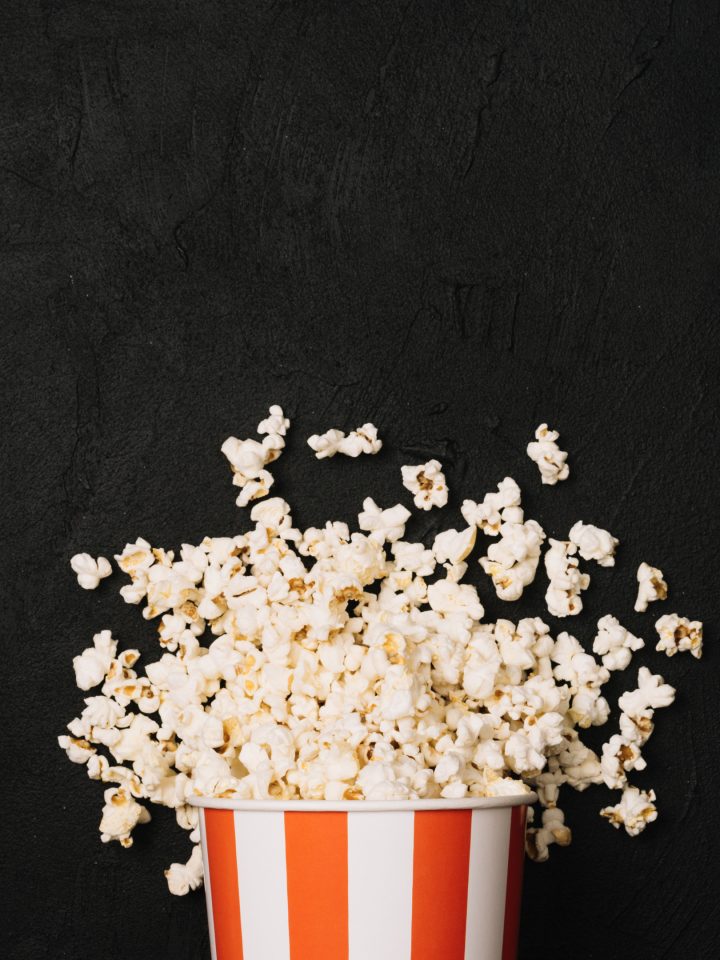 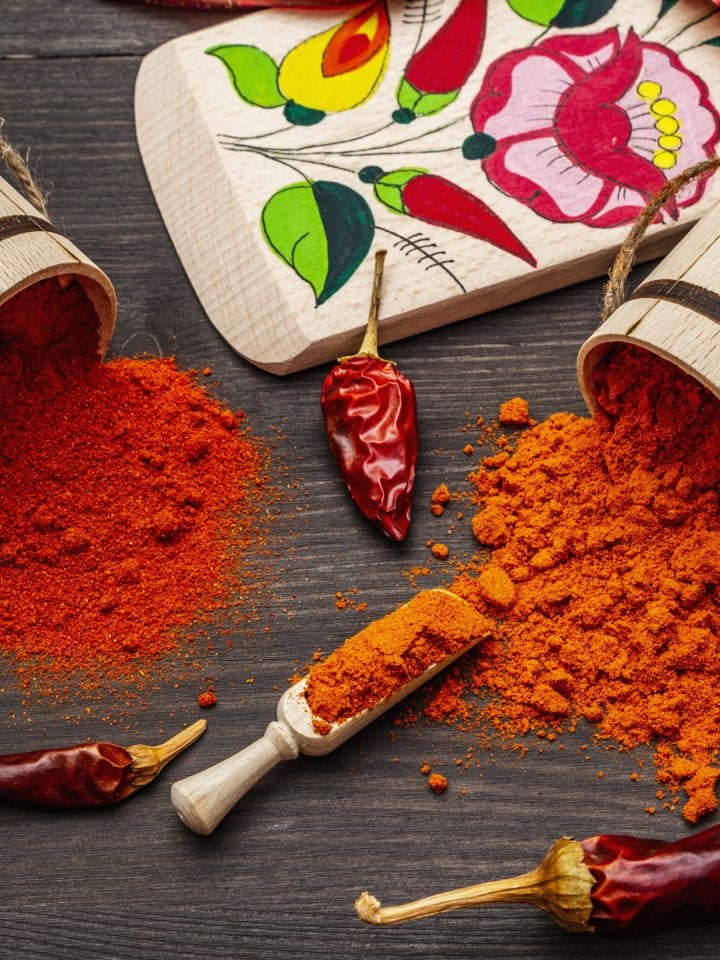 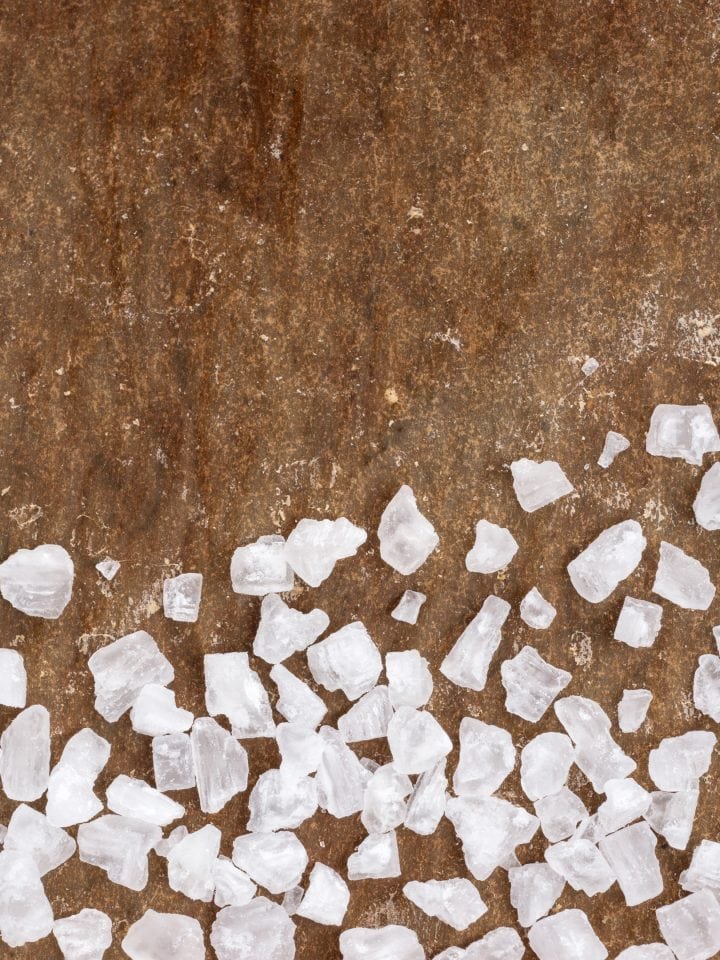 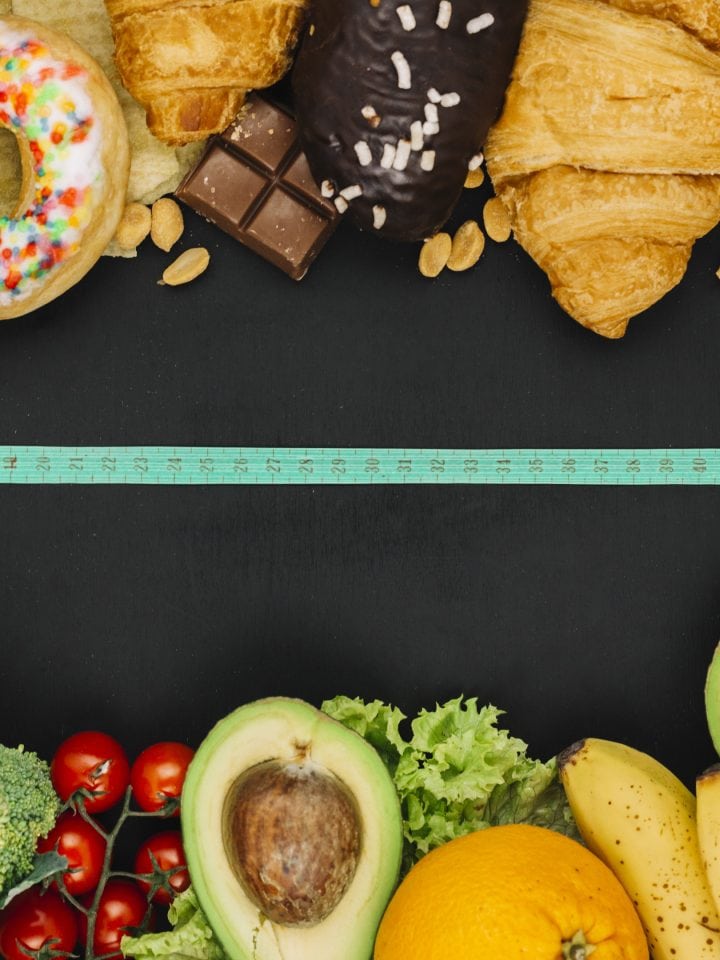 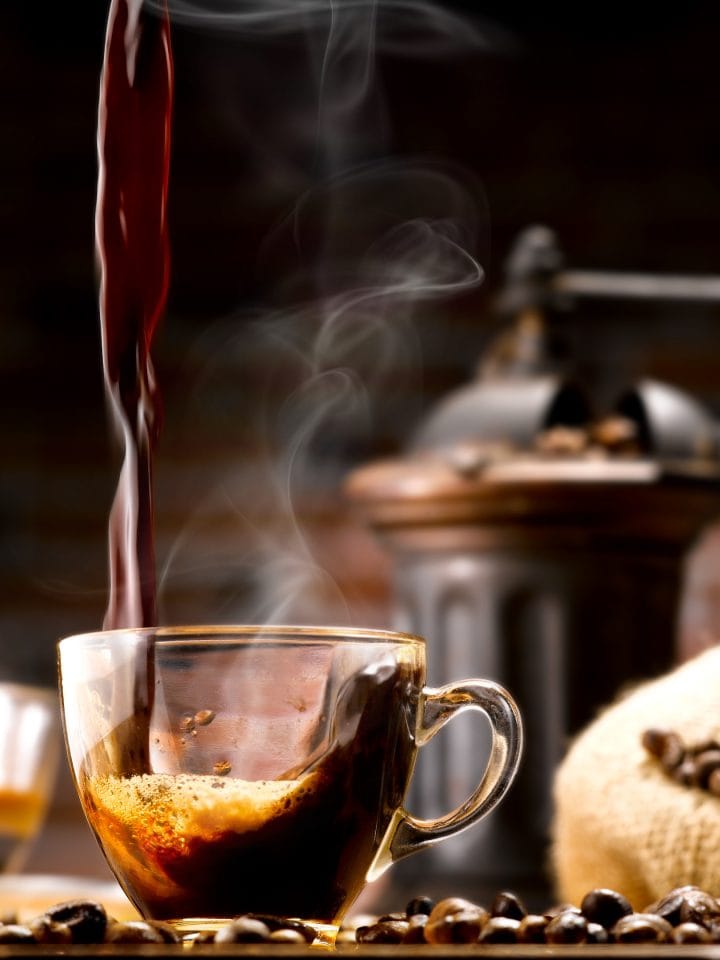 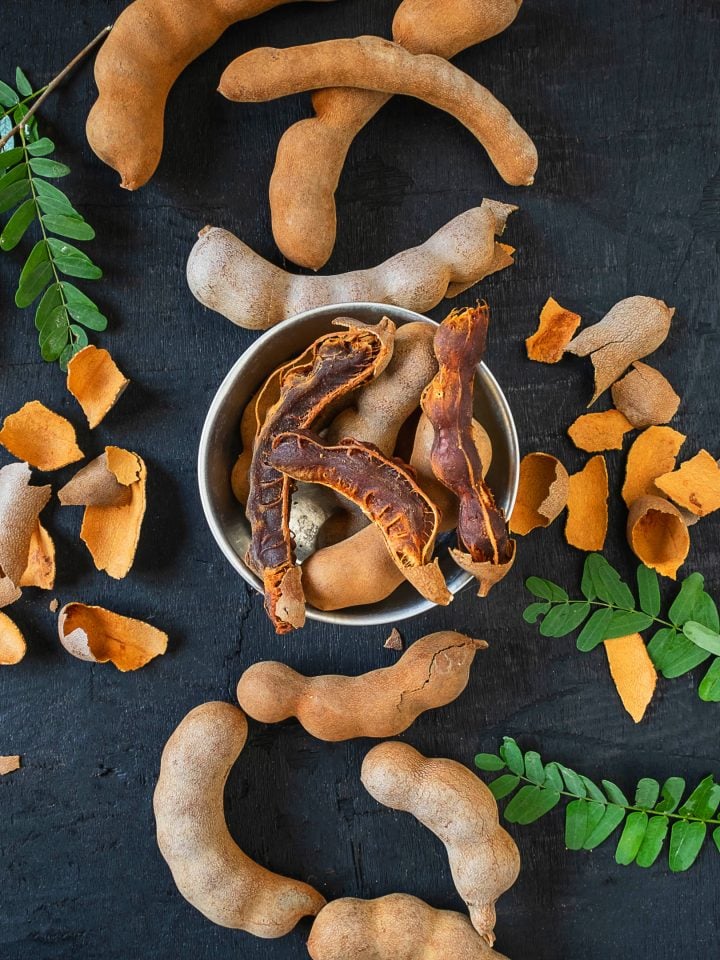